The Lancaster News – Editor’s Column: A choice about what we venerate

Editor’s Column: A choice about what we venerate
Relocating Confederate statues will not destroy our nation’s history

The movie theater had a separate entrance that took black patrons up a narrow staircase to the balcony. Our doctor’s office had two waiting rooms – one with upholstered chairs and magazines for white families, one with flat wooden benches for black families.

Within a few years, the social transformation of the 1960s had swept those things away. Congress passed the Civil Rights Act in 1964, the Voting Rights Act in 1965. Many obstacles to equality fell, but not nearly all. Dr. King was fighting for economic justice in Memphis when he was murdered in 1968.

The ship of institutional racism has been taking on water for decades – sometimes faster than others – but since the killing of George Floyd by Minneapolis police seven weeks ago, its sinking has accelerated.

We are witnessing a new wave of cultural transformation. Dominos are falling across many sectors – entertainment, sports, education, business, law enforcement.

The Dixie Chicks are now just The Chicks. Lady Antebellum is Lady A. The Washington Redskins will be something else soon. Aunt Jemima, Uncle Ben and Mrs. Butterworth are gone.

NASCAR banned the Confederate flag after its only black Cup Series driver, Bubba Wallace, asked it to. Then a noose was found hanging in his garage stall. Yes, the FBI determined that the noose had been there for many months, long before the stall was assigned to Wallace. But the noteworthy thing to me was how quickly and forcefully NASCAR – perhaps the whitest of sports – rallied to his side.

Mississippi – upbraided by Faith Hill and threatened with the loss of Southeastern Conference championship sports – removed the Confederate battle emblem from its state flag.

Many people decry these changes as political correctness, and I understand that argument. But to me, they are progress. We are moving in the right direction.

On our front page today is an important story about the J. Marion Sims Foundation changing its name. Dr. Sims, who was born near Heath Springs in 1813, is known as the Father of Gynecology, but his research legacy includes experimental surgeries on slaves without their consent in the mid-1800s.

The backlash against honoring Sims drew national attention in 2018 when a statue of him was removed from New York City’s Central Park after protests there. That’s about the time Sims Foundation officials in Lancaster began the process to change the nonprofit’s name.

I applaud the foundation’s directors and President Susan DeVenny for making the move, and for announcing it now in the middle of this national reckoning we’re all going through.

I have had several conversations this week with smart, earnest people who believe that efforts to remove Confederate statues are an attempt to “erase our history.”

I respectfully disagree. The history will still be there. What I would erase is our veneration of the Confederacy. This was a war to preserve slavery and dissolve the United States. I’m glad the South lost it. Aren’t you? 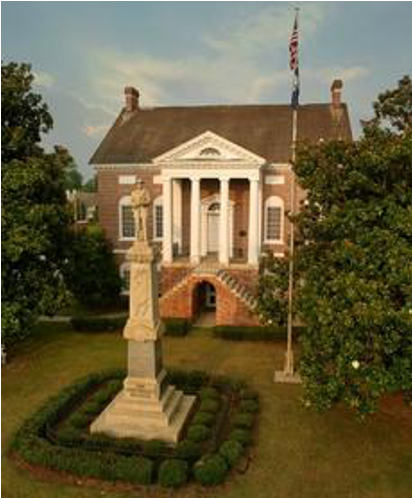 Courtesy of THE LANCASTER ARCHIVE. The statue of Capt. Amos McManus stands in front of the Historic Lancaster Courthouse, honoring the Lancaster Greys, a Confederate regiment from the area.

Move Confederate statues to museums that tell the story of the Civil War. Or move our statue of Confederate Capt. Amos McManus, who also served as our county’s sheriff, Taxahaw’s postmaster and a member of the state legislature, to a quiet corner of Westside Cemetery, where he was buried in 1910.

I wrote in this space five weeks ago about empathy, about imagining what it’s like to be black in America. I was writing about George Floyd’s killing and the nationwide protests that followed, some of them unfortunately violent.

Now I’m writing about empathy in the context of how Lancaster County chooses to use its most prominent public space.

Should we continue using it to honor the Lost Cause, because that is what the United Daughters of the Confederacy decided to do in 1909? What message does this carved stone send to the roughly one-fifth of the county’s residents whose ancestors were slaves? What does it say to all of our community’s children about what this place values most?

To me, the choice is clear.

Brian Melton is editor of The Lancaster News. 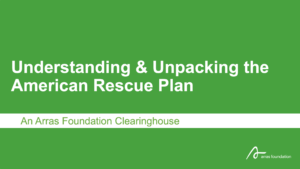